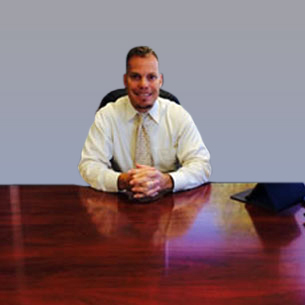 Mr. Timothy Cordero has been involved in Public Safety for thirty years. Shortly after he graduated from DeMatha Catholic High School in 1989, he joined the Morningside Volunteer Fire Department. He rose to the rank of Volunteer Captain and he received training related to fire science, medical services, all hazard plans and pre-plan development. He is still an active member of the fire service and routinely attends drills and training learning the newest techniques associated with public safety. After earning his Bachelor’s Degree, in Criminal Justice from the University of Maryland University College, he joined the Prince George’s County, Maryland Police Department in 1993 and served with the agency for almost twenty-five years, before retiring in 2017. He worked in a uniformed patrol capacity, at various ranks up through Lieutenant, where he spent the last five years of his career as a commander out of the District III (Palmer Park) station. As a patrol officer and commander, he developed and implemented innovative crime fighting strategies and personnel deployments that have proven to be effective in public safety, as well as, the private security field. He has worked in an investigative capacity for a combined fourteen years while he was with the agency; as both a criminal investigator (seven years of which as a homicide investigator), internal affairs investigator; and as a commander in the narcotics enforcement division. Over the course of his law enforcement career, he has provided security for car dealerships, apartment complexes, major stadium/crowd control events, national retail stores, hotels, dignitary protection and other high risk venues.